Adelaide - Is it the place to be?

Adelaide, the old sleepy town where nothing really much happens..

This is the saying alot refer to when they think of Adelaide, most of them would be true but alot miss its inner workings and stuff that make us Adelaideians proud to live in this state.

Yes we don't have theme parks like the Gold Coast and major attractions like Sydney's Opera House and Melbournes MCG but geez, where else in Australia can you live 5 minutes from the city and not be surrounded by a concrete jungle?


Theres alot to love about Adelaide, for me the fact I live 5 minutes from the city and was able to afford it without paying a million dollars for it. Where a Sydneysider would travel an hour and a half to just get to work I can instead travel to one of the best Wine Regions in Australia, The Clare Valley.

﻿
I liken Adelaide more so to that of a Sleeping Giant, if you look across the city skyline, infact across alot of the state, you will see a bevy of cranes and construction happening. We have a new state of the art hospital being built, Our famous Adelaide Oval is getting a huge revamp to house AFL football and hopefully some Soccer World Cup games... Progress is happening, soon Adelaide will burst out as a major player in the country.﻿﻿

﻿﻿﻿﻿
Areas like where i live are also seeing a whole new lease of life, down the road from me is the train yards, forever a ghost area, it is now a given life again with the introduction of a Bunnings. There is also plans in place to add a new Coles and a K-Mart which is sure to bring in massive business.
﻿﻿﻿﻿﻿﻿
﻿﻿﻿﻿﻿﻿﻿﻿﻿﻿﻿﻿﻿﻿﻿﻿
﻿﻿﻿﻿﻿ The introduction of Bunnings is a huge step, really its one of the best shops around and has so much to do. Every weekend i visit there, even if we don't need anything i'll still go to check out plants. I always take my 5 year old who loves tagging along now as every Saturday & Sunday the good folk at Bunnings hold stuff for the kids to do.

﻿﻿﻿﻿﻿Last weekend my little angel came home with a decorated pot base that you can put mozzie repelling candles in - a few weeks before my eldest came with me and made his mum a decorated pot and planted a daisy in there for her.


The introduction of a Kmart and possibly some more little shops will boom this part of town, more jobs, more products to choose from!

﻿﻿﻿﻿Don't get me wrong, I'm not saying the other states aren't great cos thats furtherest from the truth. Gold Coast for example, I would move there in a heart beat, unfortunately the cost and my worry about finding work in the finance industry there has alot to do with us moving up there.

Melbourne is another place I really want to move to, that way, I can see 15+ Richmond games each year instead of the 3 I see only when they play in Adelaide twice and I fly over for a game... But for me Melbourne not as affordable close to the city like I am here in Adelaide, so I'd need to be prepared to travel alot into the city for work. 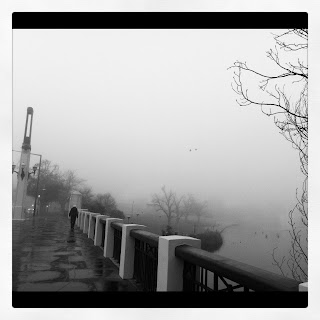 Travel time is a big factor for me as I have young children aged 5 & 8, I want to spend as much time as I can with them before they grow up and don't want to "hang" with their parents anymore..

One thing I do love is when I catch the bus each day and heading into town, the River Torrens as you cross the bridge is one of the most picturesque in the country. Its the sort of area you could sit and truly relax, block out all of the sounds around you and take in the beauty.

I love participating in the annual Corporate Cup, I'm no runner, nor am I a fitness guru but i'm trying my best... One of the attractions of the cup is the venue, each year we run around the River Torrens.

Recently it helped me capture some of the most beautiful photo's i've taken when a fog which was covering the north eastern side of the city moved over the river and engulfed us with white magic! 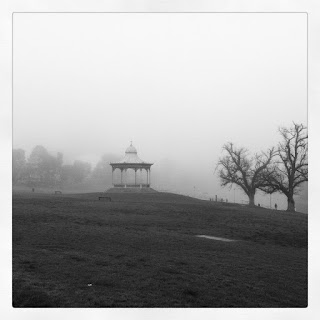 But when it comes down to it, affordability is one of the biggest cards Adelaide can offer (besides its beautiful scenery, wineries etc.) Just North of the city you can get yourself a bargain house for just over $500k, drive another 5 minutes North and the price lowers to anywhere between $400k & $500k.

It is also full of older areas which are in the process of being redeveloped, there you can pick up House & Land Packages for $300k - $500k.

So, you can call it what you want but most will agree Adelaide is a fantastic place to live and raise a family!
Posted by Unknown at 10:09 PM