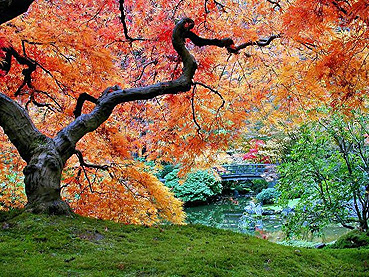 Japanese Maples are by far my most Favourite trees in the world, every type brings its own unique form and colours to amaze everyone, whether your a grower or just someone who likes looking at them... 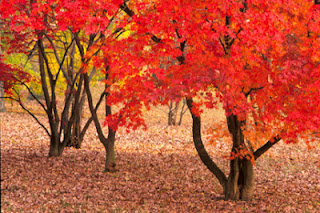 I first started a passion for Japanese Maples when i was younger when my mum bought a weeping japanese maple. I can't remember the type but it had a similar leaf form to that of a Viridis however this one had a dark moroon/purple leaf.

Sadly, due to Adelaides poor climate for growing maples this one died during one of our hottest summers on record. I can't remember the date and stuff but it was during the fortnight where Adelaide witnessed days recorded 40 degrees and over for a period of around 8 days straight...

When i bought our first house my mum as a gift bought me two standard japanese maples, simple variety that can withstand a bit of the sun - these are still going great as you can see in the photo. Stupidly i planted a Chinese Elm right in the middle of the Maples years ago as i thought they weren't going to get much bigger... well they have and now I have the three trees growing super well and giving lovely shade over the summer.

Since then i've added a number of Japanese Maples to my collection, sadly some have died due to our harsh summers, however some, especially the ones I have as Bonsai, are still going strong and look magnificent.


About a year ago I was at Stratco looking at plants and came across these beautiful Red Bark Maples (Sango Kaku) for only $14.95 each... bargain so I bought 3! and look at them now.


I like to buy most of my Japanese Maples, including the younglings from a grower in Melbourne, for the past few years I have bought a number from him during Winter when the trees are able to be transported without stressing the roots and tree.

The nursery is called "Maples x Mail" and is located at 1870 Healesville-Kinglake Road in Toolangi. Not sure if you remember or are aware but this region is part of the massive bushfire which tore the heart out of Victoria, and the rest of Australia, a few years ago. It was during a big dry spell, fires erupted and the state saw some of the biggest incontainable bushfires they've ever encountered.

Many lives and buildings were lost, Maples x Mail came out ok, alot of its stock were hit hard providing limited stock for sale over that period. The year after they came out strong again and supplied some really nice trees.

Each year I like to buy atleast one or two Weeping Maples and one Standard, as well as 10-20 younglings. The Weepers and Standard are put into large pots whilst the younglings are either used for new Bonsai ideas or put into pots for later use.

The thing I love the most about Maples x Mail is the price, Standards are only $20 each and Weeping Maples are $25, they are trees up to 1m in height, just the right size to use. The owner will also send up to 5 trees in the one box, postage to South Australia last time only cost me approx $10 for the lot...

The owner really knows his trees and varieties well and takes super care of them so if you are interested check them out on www.maplesxmail.com.au


So why Japanese Maples?

Simple, well maybe not, but theres not one thing i love about them theres heaps. Each variety has its own unique aspect about it, whether its differing types of leaf or the colour of the leaf during different times of the year or the colour of its bark.

Ever since i was young i was in awe of their beauty and told myself when older i must have some of my own.

To me it could be the colours, from early Spring to late Autumn - each has its unique colour to wow any garden!


Here are some more photos of my maples, enjoy!